Skip to main content
The Alien Land Holder License fee, which is 10% of the purchase price, has been waived for buyers until June 2022. The waiver will not be extended, so act now!

The Citizenship By Investment program has expanded to include privately owned properties, with exquisitely reimagined plantation houses, lavish villas high on the slopes of Nevis, and seaside homes with unbeatable views now part of the scheme. Until November 1st 2022, private homes over the value of US$400,000 are now included in the CBI program. St Kitts and Nevis, two tiny gems separated by a narrow band of blue Caribbean Sea, offer some of the most exclusive hideaways in the world. One of the earliest of the Caribbean islands to be populated, Nevis was known for decades as the Queen of the Caribbees, a sugar-rich jewel in the crown of the British Empire.

Together, they are the smallest nation both by land mass and population in the whole of the Americas, an exclusive retreat in the New World that has enchanted poets, painters and princesses over the centuries. Brice Marden, perhaps America's most famous abstract artist, owns a dramatically restored plantation hotel on Nevis, and it is where Princess Diana found peace in the immediate aftermath of her divorce. Alexander Hamilton, one of America's Founding Fathers, was born on Nevis, and it is the island where the Romantic poets Coleridge and Wordsworth dreamed of settling.

Today, St Kitts is the more boisterous of the two islands, with Christophe Marina providing safe harbour for super yachts, and a strip dripping in the glitz and glamour of luxury stores and nightclubs.

Just a few minutes away by speedboat across The Narrows lies Nevis, the single peak of its volcano gently shrouded in the cloud that gave the island her name. Here, the sunsets, mango season and white-sand beaches dictate the rhythms of life.

Offering the world's oldest Citizenship by Investment programme, the islands' scheme is commonly referred to as the Platinum Standard and has won multiple awards. It remains one of the world's most accessible and successful CBI schemes; countries outside the Caribbean have developed awkward, convoluted or incredibly expensive programmes that are largely unappealing alternatives.

Established in 1984, citizenship is granted either through a donation or by an investment of at least $200,000 in share ownership of real estate. Currently a close second place in the CBI Index, Dominica – an island that has been savaged by hurricanes in recent years – is the only country ahead of St Kitts and Nevis.

Notably, benefits of the St Kitts and Nevis CBI programme include visa-free travel to more worldwide destinations than any other similar programme in the Caribbean. It should be noted that citizens are allowed to hold multiple nationalities. 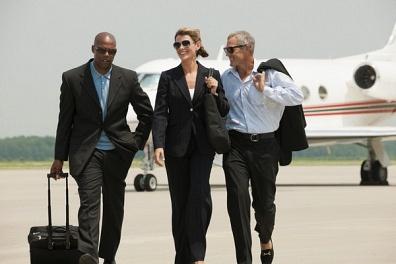 Why would anyone want to become the citizen of a stunning island nation? In addition to the obvious benefits – it is never possible to spend too long contemplating a palm tree or a sunset – the programs also entitles members to:

Nationals of St Kitts and Nevis enjoy visa-free travel to over 100 nations, including European countries and the UK.

There are essentially two options to consider when looking to gain citizenship by investment in the Federation of St Kitts and Nevis.
The first is the Sustainable Growth Fund (SGF), established in March 2018. This is a relatively new and least expensive feature of the programme, and a single applicant must make a minimum donation of US$150,000.
The Sustainable Growth Fund requires;
The due diligence fee for the main applicant is $7,500 and $4,000 for each dependent who is over the age of 16 years.
On November 6, 2020, The Federation of St. Kitts and Nevis became the fourth Caribbean nation to announce that siblings can be included as part of family application for citizenship by investment.
An official memo was circulated to authorized agents and stated that siblings of the main applicant, or his/her spouse, can now be included in their application providing they meet the following criteria:
The additional government fee to include a dependent sibling will be $20,000 under the donation route or $40,000 under the real estate route. The standard due diligence and processing fees also apply.

However, if you’re considering becoming a permanent resident of St Kitts and Nevis, the Real Estate Investment Option would be a better choice.
Real estate needs to be purchased in a pre-approved project or approve via the Private Home Scheme, with everything from condos to villas and hotel shares being included.
The minimum investment required for the main applicant is $200,000. This investment would typically be a hotel share, and it is resalable only after 7 years.
The minimum investment for villas or condos is $400,000, resalable only after 5 years.
The due diligence fee for the main applicant is $7500, and each dependent over the age of 16 years incurs an additional $4000 fee.

Once approval in principal is granted, the applicable government fees are as follows;
Although small, Nevis has an enticing range of real estate options, from the clean, crisp lines of stylised new-builds to the quaint, colourful charm of classic Caribbean gingerbread retreats, to the unique draw of former plantations and enchanting sugar mills. 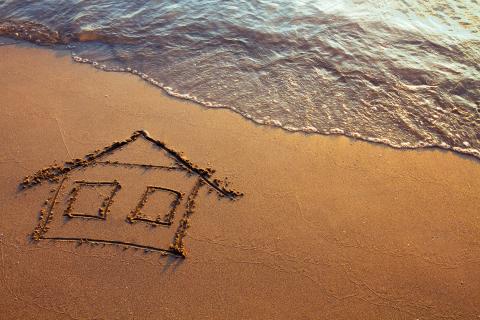 The above is for information only and does not form part of a contract or guarantee. All applications must be processed by an approved agent in St Kitts or Nevis and we are able to provide a list of those firms able to provide this service. The list of approved projects in the Citizenship by Investment program offers many different types of properties including villas, condominiums, luxury Resort communities, beach front apartments and land for construction.

View All Citizenship by Investment Properties